Fighting against COVID-19: the Importance of Building Long-Term Resilience in Rural People

Two months have passed since the beginning of the new coronavirus (COVID-19) outbreak in Hubei. It seems thus an appropriate time to share some initial reflections on the impact of the outbreak, and emerging lessons. In my function as Country Representative of an international organization mandated to improve the livelihoods and resilience of rural populations, the International Fund for Agricultural Development (IFAD), my reflections would focus on the impact of COVID-19 on rural communities in China, and on the importance of investing in rural people in order to build long-term resilience to shocks.

Let me first of all express my most profound solidarity to the people of Hubei province. I have in fact a special connection with Hubei. In my role of IFAD Representative in China, Hubei was one of the first provinces I visited back in 2014, when I took over the responsibility of the IFAD portfolio in China. Since then I visited Hubei, and particularly the Shiyan prefecture in the northwest part of the province, several times. The seven counties of the Shiyan prefecture in the Qinba mountain poverty block were in fact the target area of an IFAD-funded project which aimed at improving the income of poor rural households by increasing their participation to high-value commodity markets (the Shiyan Smallholder Agribusiness Development Project), which was implemented from 2014 to 2019. The project benefited about 260,000 rural households, i.e. more than 1 million people, contributing to a drastic drop in poverty incidence in the project area.

I was immensely relieved to learn soon after the outbreak that none of the project staff or their families was affected by the new coronavirus. I was also relieved to learn that,amongst 672 confirmed cases of novel coronavirus infection in Shiyan Municipality, more than half of the infected patients had been discharged from hospital by March 2.

The sudden outbreak of the new coronavirus has legitimately raised questions on the impact of such an outbreak on the most vulnerable part of the population, namely the rural poor. Although, in fact, the new coronavirus outbreak - as any other epidemic - may equally infect everyone, the most vulnerable have less capacity to cope with the impact of such infection, and are thus more vulnerable. Poor rural households are less able to reach or afford medical care, and the availability and capacity of health systems in poor remote areas is limited. Moreover, poor rural households have less capacity to cope economically with the consequences of an outbreak. The lockdown of almost all cities in Hubei and the implemented movement restrictions prevented in fact many people, particularly migrant workers whose income many rural households depend from, from working, depriving them for several weeks from their main source of income. Similarly, the closure of roads, limitation of transports, etc. delayed or reduced the sale of agricultural products, or affected many small businesses in rural areas. 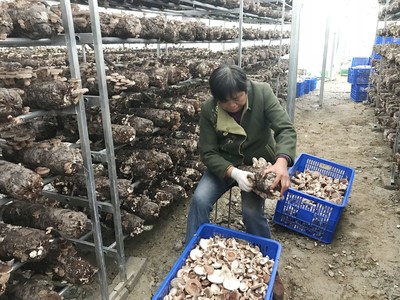 To the credit of China, several measures have been implemented over the past few weeks to mitigate the impact of COVID-19 in the rural areas. The Hubei government for instance mobilized more than 70 new medical facilities to rural areas in the region amid the novel coronavirus epidemic. The Agricultural Development Bank of China has approved emergency loans worth more than 10 billion yuan (i.e. about US$1.5 billion) to counter the coronavirus outbreak. The China Banking and Insurance Regulatory Commission has extended the terms for the repayment of the microloans by six months. The private sector also played an active role in reducing the impact of the outbreak on the rural population: e-commerce giant Alibaba set up a dedicated online agricultural retail platform to support agricultural producers to sell their products. As a result, 12,000 tons of overstocked fruits and vegetables have been delivered within five days. Similarly, a number of logistical companies launched 'green' and 'quick' channels to transport farmers' products in the region. Lastly, individual creativity has also resulted in new, 'out-of-the-box' solutions: for instance, drones are being increasingly used to prevent social gathering. Overall, special attention is being given to poor villages.

There is no doubt that the potential high costs and impact of the outbreak on the rural population are being minimized by the many measures that have been put in place. However, these measures counter the immediate, short-term impacts of the crisis, but do not address the root causes of vulnerability in rural areas.

To avoid or prevent that the same vulnerable group of people is affected by the next crisis - be it a new outbreak, an unexpected drop in commodities' prices, or a poor harvest due to unfavorable weather events or to a pest infestation, the resilience and the capacity of the rural people to cope with shocks need to be built and strengthened. It is thus critical to invest in rural areas and in rural people: building roads that reduce travel time and costs, developing irrigation systems that reduce the reliance on increasingly variable rainfall, improving access to clean water and sanitation to reduce waterborne diseases, strengthening the capacity of people to save, diversify livelihoods opportunities, access information, etc. These are critical elements to strengthen rural communities' capacity to cope with shocks and other unforeseen events.

Building on the 40-year strategic partnership with China to promote rural development, IFAD would continue to support China' strategic focus on rural areas and rural people as an integral part of its rural revitalization strategy, whereas building a population increasingly resilient to shocks should be one of the long-term objectives.

Matteo Marchisio is the Country Director and IFAD Representative (China, Republic of Korea, and DPRK) and Head of East Asia Regional Hub and South-South Cooperation Center.

United Towards The Sustainable Development Goals